RNLI is one of the largest Life Insurance Company with market share of 5% holding over 10 million policyholders. The company has 700 branches across India allowing for a strong distribution network with over 75,000 advisors as on 31st March, 2017. RNLI has a record for top claim settlement ratios that is 95.21% as on 31st March, 2017. 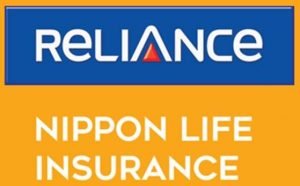 In Financial Year 2016, Nippon Life increased its ownership stake from 26% to 49% in Reliance Life. Nippon Life Insurance (Nissay) has 25% of market share which makes it largest private life insurance company in Japan boasting revenue of INR 3,66,198 Crore and Profit of INR 41,380 Crores as of 31st March, 2016. The company has over 29 million policies in Japan.

Globally, company operates in Japan, North America, Europe and Asia with headquarter in Osaka, Japan. Global Fortune 500 firms ranked it as 114in 2016.

• RNLIC is one of the leading asset management company based on strong promoters.
• RNLIC has multi-channel distribution Network with strong base of infrastructure branches across India.
• Focused and comprehensive suite of products with higher customer centricity.
• Diversified portfolios and product categories in mutual funds and ETFs.
• Highly experienced management team with grasp over technology based innovation for improved services.
• RNLIC has a record of inorganic growth through various strategic business acquisition decisions along with overseas market expansion and penetration.
• In 2014, ET Best Brands voted RNLIC as of the Top 200 Brands in India.
• In 2014, Reliance Life was given as Business Continuity Team of the Year award by Business Continuity Institute, UK
• In last 5 years, RNLIC has strong revenue growth at CAGR of 18%.
• In last 5 years, RNLIC has profits of 28% (standalone) and 29% (Consolidated).
• The first AMC Company to get listed in Indian stock market is RNLIC.

The following table gives a summary of key financial highlights of RNLIC over the period of 2013 – 2017.

The above table illustrates a rapid increase in Total Asset over the period 2013 to 2017 where the Total Revenue and Profit after tax also increase over the same period of years.

Objective of IPO –The objective of RNLIC IPO are following –
1. Creation of new infrastructure for new branches and relocation of some existing branches.
2. Enhancement of IT Systems for improved services.
3. Funding inorganic growth through strategic procedures.
4. Investment in new mutual fund schemes.
5. Marketing, advertisement and brand image enhancement activities.
6. Lending to Reliance AIF (Subsidiary of RNLIC) for new AIF Schemes.

Risks for investors in RNLIC IPO

Following are some the risks stated by the brokerage houses –

• RNLIC’s operations are highly dependent on regulations applied to insurance industry. A slight variation in these regulations imposes risks in operation of RNLIC.
• RNLIC distribution channels and intermediaries are mostly third-party which might be affecting adversely for company’s business operations.
• If the investment products under preform or the return generated is less than as estimated, the investors return will be directly affected.
• With innovation, technological application, competitions is high making insurance as a red ocean for business.
• In historic financial records, it is noted that cash flows are negative in certain year which might impact the future business.
• As it is the first AMC to get listed, no competitors’ analysis for risk can be done in this case making it difficult for financial ratio calculations.

Is there Worth to Invest in Reliance Nippon Life Insurance IPO

This IPO seems to seek a high premium for its shares on offer. At Rs. 252 a share, the company is valued at 36.79 times its FY17 earnings and 8.97 times based on its book value as on June 30, 2017. For a company which is facing a tough competition from the existing as well as new entrants in the asset management business and seeing a consistent decline in its financial health, these valuations are not attractive for either listing gains, or for long term wealth creation.

Despite of the fact that Reliance AMC is one of the better companies in the ADAG group of companies, I think the company is seeking valuations way higher than what it deserves for the kind of growth it has been able to deliver. Personally we recommend to avoid this IPO at these valuations and wait for it to correction in trading.