GIC Re is a sole re-insurance company (until late 2016), with its registered office and headquarters located in Financial Capital of India, Mumbai. GIC was established on 22nd November 1972 under the Companies act, 1956 and was formed as per the section 9(1) of GIBNA (General Insurance Business Nationalization Act, 1972) as a private company limited by Shares. 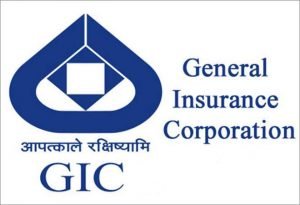 GIC was incorporated with an objective of controlling, managing and operating the business of all general insurances in India. Today, it is also a leading reinsurance company as well as a risk solution provider. GIC Re is responsible to write re-insurance for every non-life and over-life of the life insurance companies in India. It also gets the statutory cession of 5% on each and every policy subject to specific limits.

In last few years, GIC Re has expanded globally as Re-Insurer among SAARC Countries, Africa, Europe, America, Southeast Asia as well as Middle East. It manages its international operation through its offices located in London, Dubai, KaulaLampur and Moscow.

Click Here to view End of the day chart for GIC

Financial Highlights or Financial Performance of GIC Re

The following table gives a summary of key financial highlights of GIC Re over the period of 2013 – 2017.
Particulars For the year/period ended (in Rs. million)

The above table illustrates a rapid increase in Total Asset over the period 2013 to 2017 where the Total Revenue and Profit after tax also gradually increase over the same period of years.

Objective of IPO – GIC Re intends to utilize the net proceeds of the fresh issue towards augmenting the capital base of the corporation to support the growth of the business and to maintain current solvency levels and General corporate purposes, subject to applicable law (ETMarkets, 2017).