While sensex and nifty continues to hold upright at the high levels, you can see a few good stocks fall at 40-50% based on specific reasons. People focus and follow such stocks only for a very short period of time. No one usually recommends such stocks. Investors itself avoids the stock fearing the risk. But often you might see such stocks at sky rocketed price after a few months or years and end up lamenting over your decision to avoid the stock. Investing in stocks that are now not performing well is known as contra investment. Let us see in detail about that.

Following are the basic reasons behind a stock fall.

Let us see some examples for the above reasons. 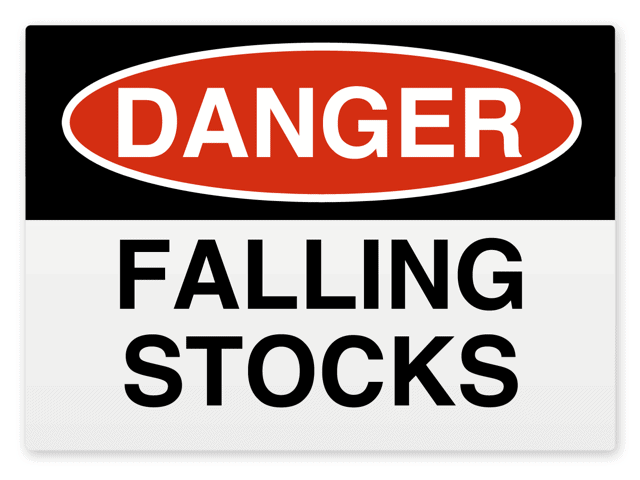 Well known example is Satyam Computers stock fall in 2009. The stock traded even below Rs. 10. Later in 2011, 17 shares of Satyam Computers were replaced with 2 Tech Mahindra shares based on the acquisition made. Minimum price of Tech Mahindra in 2011 October was Rs.524. It would have been a sure shot profit, if you had invested in Satyam in 2009.

Apollo Tyres acquired an American company named ‘Cooper Tyre and Rubber’ in June 2013. The stock was trading at Rs.90 during the announcement and it fell nearly 40% post-merger. But now, in 2017, the stock is trading above Rs.240

Rupee against dollar was around Rs.68 during last year. Due to this, oil company stocks were worst hit. BPCL which traded at Rs.350 in July 2013, dropped till Rs.260. But now, in 2017, BPCL is trading around Rs.470 owing to rupee value appreciation.

In 2012, Foreign Currency and Convertible Bond (FCCB) was a hot topic as many frontline companies raised funds through Foreign bonds. This includes Tata Motors, Tata Steel, JSW, Suzlon and Sintex. When rupee value depreciated, the stock prices fell sharply. But now, these are among the top performing stocks.

Ranbaxy and Wockhardt are good examples of companies that bounced back from the issues related to foreign regulations. In last 8 months, these stocks have gained more than 50%. Strides Arcolab, traded at Rs.900 in December 2013, announced Rs.500 dividend per share. The stock fell to Rs.360 and has now recovered to trade around Rs.660.

Most of the public sector banks traded at very low prices last year owing to the high NPA (Non performing Assets) which is a measure of bad loans offered by the banks. The loans that were never recovered imposed huge burden on these banks. Now, the stock prices have almost appreciated 80%.

United Bank of India stock price was above Rs.80 in the beginning of the year. The bank had issues with the financial records because of which the price dropped to Rs.25. But now, the bank stock has recovered and is trading near Rs.36. Syndicate bank has faced a downfall recently due to some individual’s action within the company. One should wait to see if the bank is going to come out of this unfortunate situation. MCX,FDL and NTPC are a few examples of companies that were able to emerge out of the issues and offered a reasonable gain for its investors. Public sector companies that have dropped about 40-50% can give good returns in few years.

You might always be tempted to invest in a stock at a very low price given that you have seen that stock traded at much higher levels. Before hurrying to buy the stock, analyze the reason for the fall. Work out the possibility of the company recovering from such an incident or cause. Is the problem fixable by the company? What are the odds of the company to be back on track again and perform well? Is it just a temporary issue? Government involvement to resolve the issues of the company is likely to be a positive sign. If you are confident enough on the company’s potential to face and resolve the issue, you can very grab the opportunity for investment.

If the fall in price was due to a major financial crisis in the company or a complicated issue that is not giving you enough clarity, it is better to stay away from the stock. It might not be worth the risk. Though we have sighted many examples of stocks that gave an opportunity for investors during their bad times, there are much more examples of those that fell to the bottom and never came back again. Kingfisher is a perfect example.

One should be very careful when going for falling stocks. If you have a very clear understanding and knowledge about the stock market, follow all latest news related to the market, track and research all government data and the exchange impact and have a long term forecast of the nation’s economy, then you are eligible to try out contra investments. If not, which is the category that majority of us fall into, why lose your hard earned money out of jealousy?